At the time, I was mainly drawing with a Summagraphics Sketch Pad attached to a desktop Amiga Computer with a ton of peripherals. Even though they all filled a room, it still only output low resolution video.

After a day of traveling 23 years ago, I sat down with a black marker and my tracing pad and drew this animation.  When I got home, I scanned the drawings, colored them and compiled them with triggered sound events in Disney Animation Studio.

Paper drawn animation of this type has an interesting jitter referred to as “Line-Boil.”  Like the early animators, I believed line-boil was a terrible imperfection.  Sometimes, however, it makes the animation interesting.

Around the mid 1990’s and later, television grew to like line-boil and added the deliberate exaggerated effect to many titles and animations.

Anyway, I found the original 1992 drawing files for "The Sneeze" and, with some effort, was able to reassemble them into this cartoon for posting.

I now use Toon Boom Harmony and a Cintiq, which is light years away from Deluxe Paint and Disney Animation Studio on the Amiga platform and even further away from painting acetate sheets and filming them with a Super 8mm camera frame by frame. 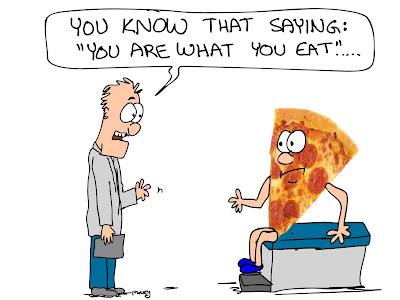 The newspaper industry needs to expand. What about the comic pages?  The online experience allows full motion video. How realistic is it for one artist to create a weekly short animated comic? By short, I mean about 15 seconds: Just enough to set up and deliver a punch-line. This month, I am trying just that: Create two of my weekly newspaper comics…. …and also create an animated version for online. Wouldn’t it be great to see more animated comics for an online newspaper?
Read more 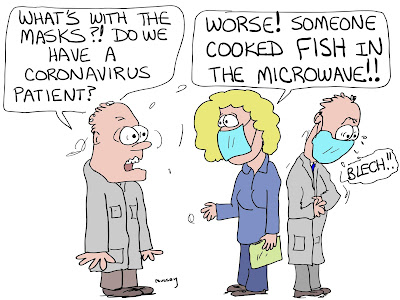 It's easy to forget how early most of us knew Covid-19 could become a real problem.  Experts were downplaying it as a minor hazard compared to influenza.. Not until January 20 was there official acknowledgement the virus could spread from person to person. On that same day, I tried to buy face masks for our office and discovered a disturbing problem:  They were all sold out.   Something was brewing.  Though the American Public was preoccupied with Democratic Primaries and impeachment hearings, many were also aware of the new virus in Wuhan.  By January 23, I felt enough people knew of the threat to create two cartoons: The second cartoon was done at a time when people were entering crowded DMV's to get their new driver's license which would enable them to fly in airplanes.  The lines were insane and the wait was many, many hours. This one did not age well.  I thought it was pretty hilarious at the time and I got a lot of positive feedback.  Now, it looks.... kind of cliche
Read more

The latest version of Toon Boom Studio has been released (version 4.5). It is a hundred dollar upgrade from previous versions and I have to admit I was a bit skeptical before plunking down my money. Previous updates have given some performance enhancements, but have also been a bit more challenging to older hardware. Frankly, I thought version 3.0 represented an amazingly mature product and it still ran very well on less than stellar hardware. Version 4.0 has also been excellent. What more could I possibly need? Well, I took the plunge this week. After several days with 4.5, here are some initial conclusions: 1. This upgrade does not make your older tablet pc unusable. There are a number of adjustments available which make this upgrade faster on older tablets. That’s a big deal, because tablet pc’s are still not cheap. 2. This upgrade is the most “tablet pc compatible” version encountered. Best of all, it works very well in portrait mode on a tablet, which was previously a terrib
Read more