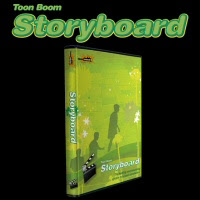 Toon Boom’s Storyboard Pro arrived last Monday and I’ve had some limited opportunity to use the software to create a real project. For the past several weeks, I’ve been stuck on a public service advertisement. I had already created a finished soundtrack, but was stuck on the mechanics of how to structure the scene.

The tools of Storyboard Pro are very easy to use. The video teaching files are particularly helpful and my learning curve was very easy. The program is stable and I encountered no strange behavior. Installation was easy. Tablet PC operation has been extremely smooth.

As a valuable tool, I was able to quickly structure out a rough test file that let me place out what I needed to accomplish and the result should speed the final work when I go back into Solo. The total time to create the result was so short that it made me almost regret spending so much for a program that I seem to be using only for small chunks of time. Without the tool, however, I was not coming up with a plan. The bottom line here is Storyboard Pro is a valuable tool that works quickly.

Most of the components of the ad, in terms of drawing files, had already been created in Toon Boom Solo. I was simply getting stuck on integrating them together. It was extremely easy to use the Solo libraries to integrate the components into Storyboard Pro with simple “click and drag.”

Now that I have the file, I am a bit stuck as to where I go from here. After messing around, I decided to use a QuickTime file with time code imprinted onto the screen as a reference.

We’ll see how this goes.