The latest animation: Thoughts on its production 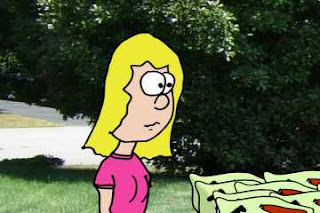 Another animation has, finally, been completed. Often, this serves as a useful time to step back and reflect on what went right and wrong, as well as the tools used to complete the job.

The project had sharp limitations: Less than 30-seconds, factual accuracy, and convey the message in a memorable manner.

As usual, I completed the soundtrack first. Soundtrack editing programs are all fairly generic. You simply need to be able to layer the sounds in a somewhat reversible manner.

Typically, this comprises all of the “planning” or “storyboarding” that I need for a project. I got stuck, however, at trying to time a lot of the events in the animation. I also was baffled at creating a rapid transition midway through the animation that would take the viewer from land to water.

About this time, I had invested in Toon Boom’s Storyboard Pro. There is a cheaper version now available, also. I was very uncertain about my investment in the first few weeks of this program’s ownership. The program, however, is more handy and helpful than you might think. Also, features such as onion skinning, which are not present in the cheaper version, are hugely helpful in the Pro version.

Anyway, I decided to create a formal storyboard for the project. The entire process barely took an hour. The program’s learning curve is not steep and the short videos teach you almost every aspect of the program. When I was finished with my storyboard, I immediately knew how the animation should flow. The process seemed so brief, obvious, and easy, that I could easily underestimate the value of the critical storyboarding process and the program.

I do about 95% of my animation in Toon Boom’s Solo. This project was no exception and the program proved very useful. Could I have done the same project in Toon Boom’s Studio program? Since I did not use a lot of special effects, which make Solo so valuable, theoretically, Studio would have sufficed. Later, however, Solo’s NETWORK view proved absolutely critical when the animation became extremely complex.

Many of Solo’s features were not used in this animation. I did not use a lot of shading to create the shadows typically seen in feature animation films. I did use a texture pen, but this often suffers from a serious technical problem where the program slows to a crawl. The texture pen was used to show the approaching algae. In retrospect, I could have just used a standard pen with a reduced alpha channel.

I had hoped to create a fancy animation for the algae in the old Painter program, now owned by Corel, which allows bit-mapped animation with paint-like pens. After many hours of experimentation, I just did not like the effect and could see no advantage over simply using the vector brushes in Solo.

The final scene with the fish was fairly complex and involved lots of individually moving elements. Solo’s network view was helpful, but not indispensable at that point.

After a client review of the working animation, several criticisms came up. I needed to add dialog to improve the factual accuracy of the message. This was going to be tough to accomplish in 30-seconds, but I quickly solved that issue and was able to cram in the extra dialog.

The real problem involved the needed changes in the intricately timed and complex scene with all of the fish that move independently. I needed to somehow preserve their sequencing as a reference, yet create a new adjusted sequencing to accommodate the dialog timing changes and the new motions for the dialog.

Interestingly, no additional drawing was necessary because I had all of the raw work accomplished. This was simply a sequencing problem for each individual element. I decided to duplicate elements, saving the old element sequences for reference, simply disconnecting them from the final animation in the complex Network view of Solo.

Now, the value of Solo versus Studio became obvious. Theoretically, I could have done this work in Studio, but the complexity would have killed me and I would have needed many, many more hours and hair-pulling to finish the project.

The animation was rendered in final form in Solo and the only need for an additional program was to simply burn a DVD for distribution.

For me, the investment in Solo has been wonderful. Yes, it is expensive, but I really have found it to be indispensable.