November 07, 2009
I’ve been listening to the non-stop computer press love affair with Windows 7. Upgrade your PC’s! Don’t be afraid! This time Microsoft has done it right!

We have a lot of laptops in our office and home. We try to stick with major brands and configurations. A few built desktops are in our home, but mainly we have Tablet PC’s, which tend to stick to basic Intel Motherboard and Graphics configurations. Thus, you would think these would be easy to upgrade.

Again, these are major brands: Lenovo, HP, Toshiba, Fujitsu. These have all been best selling tablet pc’s. Microsoft should know these machines!

Here are the issues:

1. Portrait mode on a tablet PC creates a double cursor. These machines were designed to be held and used like notebooks, using the tablet feature and Windows Journal or Office One Note. It’s usable, but you often get confused by the weird double cursor. This bug appears in every tablet we have and was present from even the Beta One days of Windows 7. Unfortunately, the bug was never fixed. I’ve spent A LOT of time on this. There is no fix. 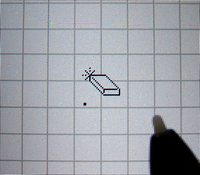 2. Higher resolution laptop monitors have a strange habit of reverting to low resolution every 15 minutes or so and every time the system powers down or hibernates. Again, you have no idea how many hours I have spent trouble shooting this and looking for some sort of menu item, registry entry, driver change, etc. to try and keep the machine in it’s native screen resolution. The machine is a Fujitus 4220 tablet with SXGA screen. Incredibly frustrating!

4. My tablet art programs choke with Aero, the fancy glass appearance in menus that appears in Windows 7. This is disappointing, but not a deal killer. The solution: Turn off Aero. Good luck finding the menu choice. I tried to find it in the “help” menu. Instead, I had to use Google and the Internet. Hey, Microsoft! Help us out a little bit.

I’ve just started and am barely using the new OS. Why? I’ve been too busy trying to make is function!

Are there things to like? Of course! There are features I love, but they are currently overshadowed with these very irritating problems!

I bought several copies of the upgrade version to install. It looks like I may have some copies left over because some of these machines are going back to XP Tablet.