August 07, 2011
Andrew Mussey spent the last nine months working for a company at a new technology center in Blacksburg, Virginia, called TechPad. Specifically, he has been the lead software engineer for a new application called “Friendeo.”

The Chief Technology Officer of the United States visited TechPad this past Friday and was extremely interested in Friendeo.

The Roanoke Times covered this visit and his interest in Friendeo. TechPad's Facebook page also has photos of the visit at http://www.facebook.com/TheTechPad

A cool video about Friendeo is on Friendeo's FaceBook page: See the video 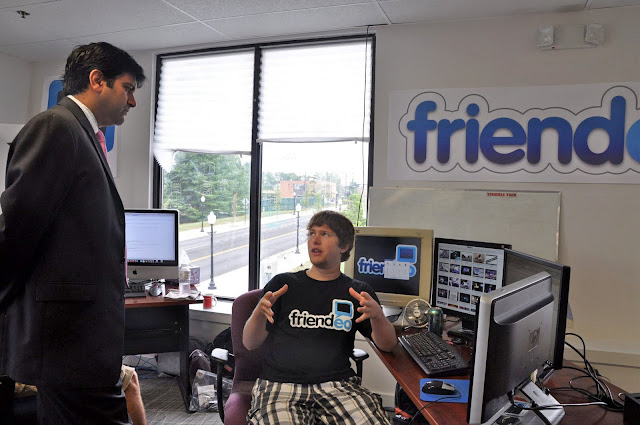 UPDATE: Robert Scoble is breaking the news about Friendeo's arrival!