January 23, 2010
The ideal combination for Toon Boom products is at least a moderately powerful desktop and a Wacom brand tablet.

Sometimes, however, you find yourself needing to animate in places where this bulky setup is simply not possible. Enter: The Tablet PC! 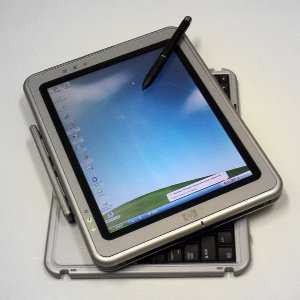 My job has allowed me to use and test many brands of Tablet PC’s over the years.

Do I hesitate to issue advice on using a Tablet PC with Toon Boom software? Well….yes. …But I still love the combination!

Tablet PC’s are amazing, but can be a bit of a headache when running traditional artist programs. This includes both Toon Boom and Adobe products. “Out of the box” they can be a bit of a challenge. On the other hand, once you have a tuned and working combination, it makes a great animation tool. Let me give you some tips.

First: What is a Tablet PC?

In my job as a physician, I use a Tablet PC nonstop throughout the day. It is amazing how many patients say, “Cool! What’s that? I’ve never seen that before? Is that a Mac?”

Unfortunately, as of this writing, Tablet PC’s are not Macs, though many of us keep hoping a Mac Tablet will soon appear.

Tablet PC’s are actually a Microsoft development that was introduced in late 2002. 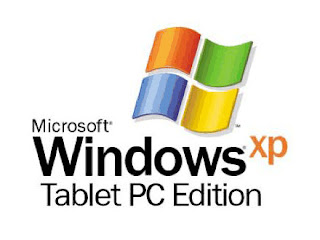 Bill Gates thought all laptops would soon be tablets. A special operating system was developed called Windows XP Tablet, which was Windows XP Pro with a Tablet interface added. The platform was plagued by high prices, underpowered hardware, and near total absence in physical stores. Nobody could even try them out. Only online purchases were possible.

Eight years later, the platform continues to exist, but is still a niche product.

Many universities, particularly engineering schools, are making tablets mandatory. Pen and notebooks are being replaced by tablet PC’s in the math and science lecture halls. Standard laptops are of limited usefulness when working with equations and diagrams.

Unfortunately, the arrival of “touch” to Windows 7 has spiked interest, but has also made the definition of a Tablet PC more confusing. Is a Tablet PC little more than an interface you can swish around with your fingers or is it something you use like a pen and pad of paper?

The real value of a Tablet PC is when it is used like an advanced pad and paper.

When combined with Toon Boom, the real power of animation software can be unleashed.

Why is a Tablet PC good for animation?

It is portable. You can animate anywhere. Sometimes I do my best work when I am on vacation. You can carry a whole animation studio anywhere!

Can there be problems with a Tablet PC for animation in Toon Boom? Unfortunately, yes. There are some potential glitches (okay, make that “near total deal killers”) in using a Tablet PC centered animation interface, so read carefully:

1.Processors and Graphics for Tablets tend to be on the lower powered side.

2.Anything other than a Wacom Tablet based digitizer will cause trouble. Sometimes, tablet manufacturers are not clear about their digitizers. Specifically, anything that says “HP Touch,” “passive digitizer” and current Dell Tablets can be a problem because they do not use Wacom digitizers. Look for key words “wacom” and “active touch.” If you cannot find them, run away!

3.Drivers for the Wacom Tablet do not come pre-installed, even when the digitizer is Wacom based. It is easy to install these drivers and you want to do this immediately to take advantage of pressure sensitivity. Visit www.wacom.com for the Tablet PC drivers.

If you want to use a Tablet PC with Toon Boom, you should follow these rules and hints:

1.Again, make sure the tablet has a Wacom brand digitizer. Another brand of digitizer has hit the market and it does not play well with Toon Boom’s software. The same is true with Adobe products.

2.Immediately upgrade your Intel Graphics drivers. Some computers tend to “protect you” by preventing this upgrade, but it is not too tough to get around this issue. Go to the Intel site and look up the chipset and download the driver. This is very important and will eliminate issues of crashing when you run the software. You may need to enlist your local computer geek to help you do this.

3.Let me reiterate, using the base video drivers will likely cause repeated crashes when you animate. Update the drivers and the problem resolves.

4.Be sure to check out eBay for used machines. The price premium on Tablet PC’s remains fairly outrageous. Machines from two or three years ago, however, are still excellent and are only a fraction of their original cost.

5.Key words to look for in a Tablet PC: “Active Digitizer” and “Wacom.”

6.Key words to AVOID in a Tablet PC: “Passive Digitizer”

Let us cut through this and name some specific machines:

Fujitsu is a Tablet PC maker that has been creating Tablet interfaced machines for many years. Their quality is superb. Their top models are the LifeBook T4410, T4310, T2020 and T5010. If you are looking on eBay: look for a LifeBook T4220 (which I use), and the T4210. Amazing prices can be found on eBay for the T4210, which is a decent machine. Virginia Tech’s School of Engineering specifically advises Fujitsu Tablets for its students. 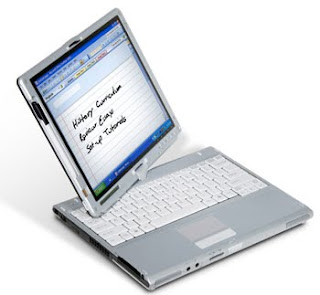 HP-Compaq have a mixed bag of tablets. There are only two that I would advise, both of which are now only on eBay: the 2710p and the 2730p. These two machines are from the “business line” of HP machines, so they tend to be better built. I picked up a 2710p on eBay for $700 in June and I love it. It runs all Toon Boom products well. Beware of the “touch” series from HP because they do not use the Wacom tablet interface and you will not get pressure sensitivity in Toon Boom, Photoshop, or others. Toshiba has been slacking off a bit from their tablets. The current model is the M750. The M700 was a bit of a reliability disappointment after their strong m200 and m400. The m200 is on eBay for less than $300 and sports an ultra high resolution screen, making it ideal for animation. I bought one of these new and then picked up two from eBay last year and they are very reliable and durable. Speed in Animate and Animate Pro may be an issue, though. The M750 is also advised for Virginia Tech’s School of Engineering students.

Gateway no longer makes tablets, but you may find one of their older models on eBay. The value of the Gateways is in their higher powered graphics, even though they are now a few years old.

The Motion Computing line of machines are all “Slates,” meaning the keyboard is separate. Many artists swear by these. My own concern has been they tend to be a bit underpowered and very expensive.

That pretty much sums up the line of Tablet PC’s that I can say are usable. I have neglected Acer simply because I have no experience with this line. They appear to make capable tablets, too. I specifically do not advise the Dell line because their models use a non-Wacom digitizer.

Again, eBay is an amazing resource for affordable tablets. Specifically, the Fujitsu line seems to have the greatest eBay deals.

Ideally, the perfect animation platform is Toon Boom, a fast PC or Mac, and a Cintiq Tablet. However, an affordable portable and decent alternative is an eBay Tablet PC with Toon Boom.

By the way, I keep saying “eBay,” but I have also had great success with Google’s shopping feature.

One final note, beware of viruses. About a third of the machines I have picked up on eBay have been highly infested by very nasty viruses. Create back up disks, scan your machine, and maybe consider a Windows 7 upgrade disk purchase before you use it.

I love Tablet PC’s. I would take an older Tablet PC over a newer conventional laptop any day! When we were on the road at CES and I needed to crank out some animations, the only tool was a Tablet PC and Animate Pro. It did the job!